What is Aniridia Syndrome?

Aniridia syndrome is a genetic congenital eye and medical syndrome usually detected at birth. The most noticeable feature is that the baby has dark eyes with no real iris color. Although, "Aniridia" means lack of iris, this is the LEAST important issue of Aniridia syndrome. When named many years ago, all that physicians noted was the child had no iris, low vision and possible light sensitivity.

The important issues are not "what color your child's eyes are", it is maintaining what vision they do have. For this reason, it is important to know about the conditions which make up “Aniridia syndrome.” A syndrome is a set of medical issues, all or mostly found in one child or adult that make up a condition. Today, we know much more about the multiple issues, and it is now referred to as Aniridia syndrome. In most cases, these eye and medical issues that make up Aniridia syndrome can develop anytime from birth into young adulthood. 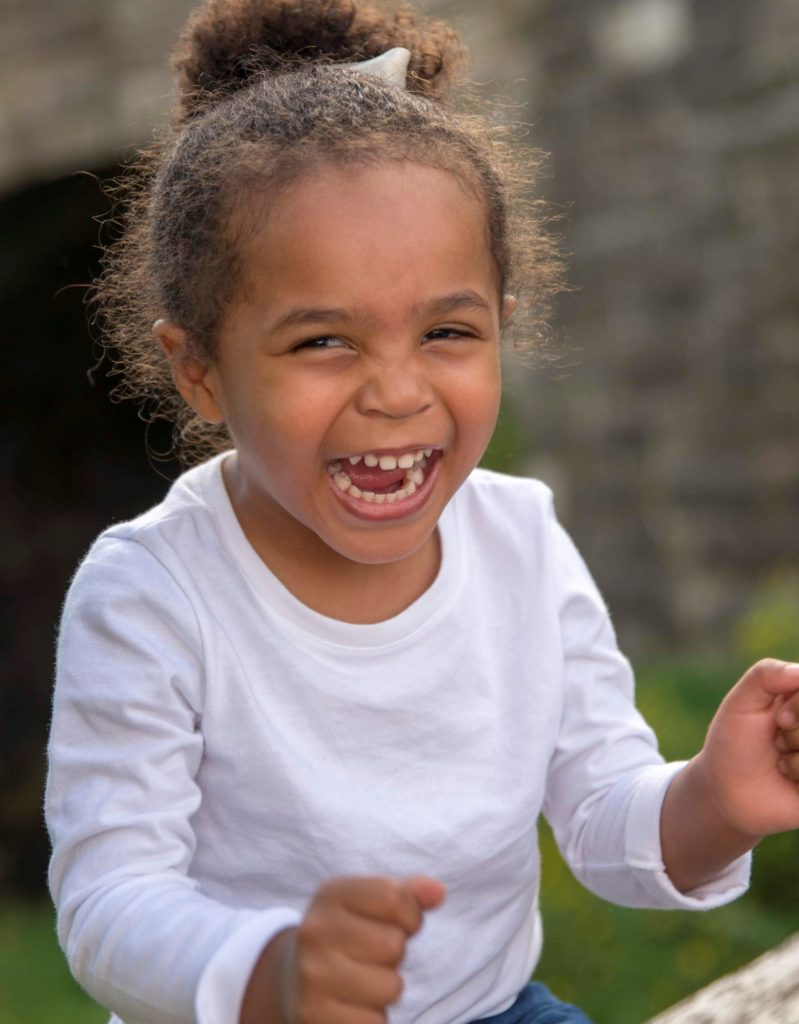 Aniridia syndrome occurs through a genetic mutation. There are 3 types of inheritance – Recessive, Sporadic, and Familial.

Since Aniridia syndrome is a genetic disorder, there are other conditions that are sometimes associated with it such as WAGR Syndrome. WAGR is an acronym for Wilms’ tumor (cancerous tumor of the kidney usually occurring before age 8 years old). Other conditions associated with Aniridia include Genitourinary abnormalities or Gonadblastoma, and Retardation or learning disabilities. This larger genetic deletion subset includes the PAX6 gene and the nearby WT1 gene. About one-third of those born with sporadic cases of Aniridia will have WAGR syndrome. Most pediatricians suggest genetic testing if a diagnosis of sporadic Aniridia syndrome is found at or shortly after birth because of the possibility of WAGR syndrome.

Since those with WAGR syndrome do have aniridia syndrome, we welcome them to be a part of Aniridia Foundation International. In addition, the International WAGR syndrome Association at wagr.org is also a very informative and supportive group for those dealing with the extra issues of WAGR syndrome.

According to recent studies, approximate occurrence rate of Aniridia syndrome is 1/40,000 births; although, rates differ in various areas of the world. We think it may be more prevalent due to more familial inheritance births as medical care and knowledge of aniridia syndrome improves.

There are various genes that may be affected; however, by far the most common is a genetic error on the short arm of the chromosome 11p13 involving the PAX 6 gene. PAX 6 has been known for quite some time as being responsible for the development of the eye; however, we also know now that it plays a role in many parts of the body including development and maintenance of the eyes, pancreas, central nervous system, olfactory system and parts of the brain.

Aniridia syndrome is produced by a failure in the development of the ocular globe during pregnancy and because of the underdevelopment of eye structures such as the optic nerve and retina, the infant is born with vision in the ranges of low vision to legal blindness. The underdeveloped iris area in actuality is just a thick collar of tissue around the outer edge that never developed. In addition, the muscles which open and close the pupil are missing entirely. The underdevelopment of eye structures involves malformation of the retina, amblyopia, foveal hypoplasia, nystagmus, lens sublaxation (dislocation), and macula and optic nerve disease.

Since genetic errors vary, so do the visual acuities of those with Aniridia syndrome. On average, most have vision of legal blindness (20/200) or worse; however, some do have "low vision" (20/40 to under 20/200). In addition to visual acuities, lack of an iris may cause light sensitivity; however, the real problems are the conditions which "make up" this syndrome that can cause loss of the remaining vision. The issues that make up Aniridia syndrome that can cause further vision loss anytime from birth during their life are: glaucoma, retinal detachments, corneal degeneration (scarring), cataracts, Aniridia Fibrosis Syndrome (AFS), macula and optic nerve disease.

The word “aniridia” has Greek origins and literally means “without iris.” Aniridia syndrome is...

Panocular: The prefix “pan” means “all” or “everything”. The word “ocular” refers to eyes and/or vision. Therefore, the word “panocular” means that Aniridia syndrome involves the entire anatomy of the eye.

Iris hypoplasia: The iris is the colored part of the eye. “Hypoplasia” means the underdevelopment of a tissue or organ. Therefore, “iris hypoplasia” simply means an underdeveloped iris. This is typically the first indication that a person has Aniridia syndrome, as they are born without a fully developed iris. In some individuals you can see the “iris stump.” or a thin color ring around the pupil. Although, in many cases, the iris seems absent unless viewed with special instruments used by an ophthalmologist.

Medical conditions such as glucose intolerance to insulin resistance, diabetes, auditory processing issues, autism spectrum disorders, and weight issues have been associated. The Aniridia Foundation International research program is looking into these issues, as well as, other areas which need further studies. 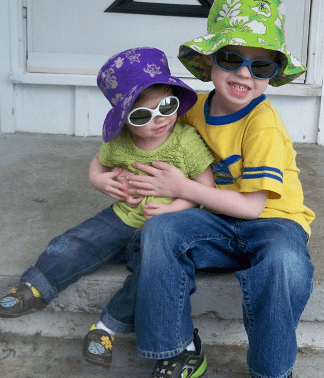 Foveal hypoplasia: The fovea is a small depression in the center of the eye that is responsible for our central (most detailed) vision. In Aniridia syndrome, the fovea is typically underdeveloped or even absent.

Glaucoma: Glaucoma is called the “thief of sight” because there may not be any signs before much damage is done. Glaucoma is increased pressure within the eyeball. If not treated, it can permanently damage the optic nerve and cause vision loss. Since glaucoma in people with Aniridia syndrome can develop at any age including birth, it is important to have the child’s pressure checked at birth and every six months thereafter.

Aniridic Keratopathy (corneal scarring): Early stages of corneal scarring may be seen in many individuals with Aniridia syndrome in their teens and 20’s. Sometimes, it can develop earlier, due to trauma in the corneal surface from an object injuring the eye or a scratch/an abrasion from a contact lens. This is why our expert ophthalmologists do not suggest contact lenses, especially for infants and young children as it may bring on the corneal scarring sooner if an injury occurs and highly suggests wearing some eye protection during physical activities or sport.

When their cornea cells are sloughed off, the cells from the white part of the eye (sclera) grow in to cover the area. This condition is called Limbal Stem Cell Deficiency (LSCD). The cells from the scleral area are not transparent like the cornea cells. This is what reduces the vision of the person with Aniridia syndrome. Limbal stem cell deficiency can be found early by a corneal specialist experienced in Aniridia syndrome, and it can be treated depending on which treatment path you choose. For more detailed information and personal experiences, go to our private supporters’ area. It’s important to note that corneal transplants alone are not successful long term for those with Aniridia syndrome as it does not address the underlying problem of LSCD.

Nystagmus: Nystagmus is the term for involuntary eye movements. Sometimes referred to as “wobbly eyes”, it is believed that nystagmus is the result of foveal hypoplasia (underdevelopment of the fovea). Your brain keeps telling your eyes to find a clear focus spot, so the eyes keep seeking that spot; however, since the fovea is underdeveloped no clear focus is found so the eyes keep moving.

Strabismus: Strabismus is a misalignment of the eyes, where an eye “wanders” when looking straight at an object. Some people will mistakenly call this “lazy eye,” when in fact, it is a “wandering eye.”

Dry Eye: Due to the underdevelopment of the eye, many structures of the eye do not function in a typical manner. This can include the tear film and other glands, which can cause dry eyes. Dry eyes can, in turn, aggravate the corneal problems observed in Aniridia syndrome.

Amblyopia: Amblyopia, also called “lazy eye,” occurs when the brain does not fully acknowledge the vision being sent to it by one eye. Anything that interferes with clear vision in the eye during the first six years of life can create an amblyopic eye, including stra-bismus or cataract.

Ptosis: Ptosis is an abnormal drooping of the upper eyelid.

Photophobia: Photophobia is extreme light sensitivity to the point of feeling extreme discomfort or even pain due to light. The iris is responsible for controlling the size of the pupil and therefore the amount of light let into the eye. Since the iris is functionally missing in Aniridia syndrome, the pupil does not have that protection from the sun.

Aniridia Fibrosis Syndrome: Aniridia Fibrosis Syndrome (AFS) is a potential complication in an aniridic eye. Fibrous tissue forms in the anterior chamber of the eye, causing vision loss. Surgical intervention is often required when AFS is present. In the past, it was thought that AFS is a possible surgical complication. However, research is ongoing to prove this theory.

Wilms’ Tumor: A cancerous tumor of the kidneys that can arise from immature kidney cells. It is part of WAGR syndrome (Wilms Tumor, Aniridia, Genitourinary anomalies, and learning disability which was formerly referred to as mental retardation). Most pediatricians suggest genetic testing if a diagnosis of sporadic Aniridia syndrome is found at or shortly after birth. This is because of the possibility of WAGR syndrome. Routine renal ultrasounds should be done every 3-6 months to monitor the kidneys. It is a simple and non-invasive test.

Research is ongoing into many of the below conditions and their relationship with Aniridia syndrome. Anecdotally, Aniridia syndrome seems to also include the non-ocular conditions listed below at a rate that is significantly higher than that of the general population:

Since those with WAGR syndrome do have Aniridia syndrome, we welcome them to be a part of Aniridia Foundation International. However, the medical complications that occur with WAGR/11p deletions syndrome are beyond the scope of this website. If you are interested in more information and/or support for WAGR/11p deletion syndrome, please visit the International WAGR Syndrome Association (IWSA) webpage at wagr.org. The website contains a host of wonderful information, and the individuals that run the IWSA are amazing people who have been traveling that journey for some time.

Aniridia can also occur as part of Gillespie syndrome. Gillespie syndrome is an exceedingly rare syndrome that includes Aniridia, cerebellar ataxia, and mild to moderate intellectual disability. There have only been approximately 20-30 cases described in medical literature. Given the rarity of this condition, Gillespie syndrome’s medical conditions are beyond the scope of this website. However, since those with Gillespie syndrome do have Aniridia syndrome as well, we welcome them to be a part of the AFI.